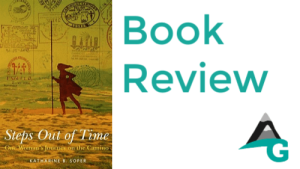 Steps Out of Time, One Woman's Journey on the Camino

Steps Out of Time won a silver medal in the 2014 Independent Publishers Book Competition and an Honorable Mention in the 2014 Writer's Digest self-published award program.

Amazon reviews show that this book resonates deeply among readers, hikers and armchair travellers alike. "While the narratives of other pilgrims to Santiago de Compostela are available in an array of languages, Soper stands out as a unique and rewarding guide.... for the quality and detail of her descriptive and narrative writing, as well as the interest level of her reflections... I tip my hat to a formidable traveller/writer." Judge, 22nd Annual Writer's Digest Self-Published Book Awards. Part memoir, part travelogue, Steps Out of Time details the fascinating history and traditions of this ancient way, its breathtaking beauty, great food, and extraordinary camaraderie.

As well, it conveys the realities of a secular pilgrim's journey - the pain, the hilarious situations, the unexpected, and the moving. It is also a deeply reflective memoir on ageing and the pace of modern life as seen through the eyes of a fifty-seven-year-old wife, mother, and professional who worries that recently diagnosed medical conditions might prevent her from accomplishing her goal. Her gender, stage in life, age (and hopefully, her maturity!) set the stage for her journey and the discoveries she makes along the way.

This book is a book that will resonate with anyone who has felt overwhelmed by the pace and demands of life and who remembers - but cannot seem to recreate - a life that was calmer, richer and more fulfilling. All who desire to take that first step of personal rediscovery will want to read Steps Out of Time. 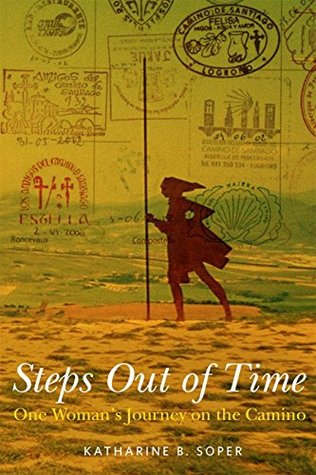 An extremely well documented and well written Camino travelogue of one woman’s journey to Santiago. There are a few laughs out loud moments, but the majority of this read is very deep. She experiences death on the trail, extreme pain and Katie’s description of each town is astounding - I was right back with her as she took each step.

If you have walked the French route previously then this is a great book that will take you down memory lane in detail. I loved the epilogue and her reflections on the whole experience. A good read.