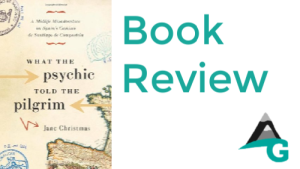 What the Psychic Told the Pilgrim: A Midlife Misadventure on Spain's Camino de Santiago

In this wickedly funny account, Jane Christmas describes her pilgrimage along Spain's infamous Camino de Santiago de Compostela in celebration of her fiftieth birthday. Somehow she finds herself leading fourteen squabbling middle-aged women—until she inadvertently loses them and sets out on her own. That is when her real adventure begins, as she battles loneliness, hunger, and exhaustion.

But she also encounters charming villages, thickly forested vales, and more compatible pilgrims, including an enigmatic fair-haired man, whose appearance has been predicted by a psychic. By journey's end, Christmas has discovered that it is the detours of life that leads us to our heart's desire. 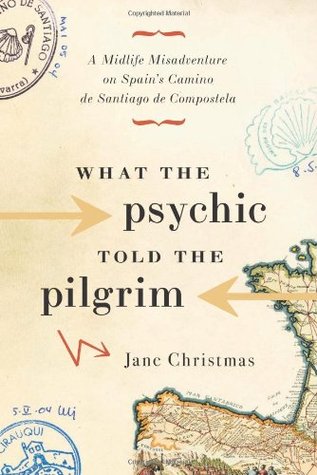 I thoroughly enjoyed this tale by Jane Christmas.  If you have walked the Camino yourself then it is a good trip down memory lane.  You will become annoyed at certain characters and their attitudes towards Camino life, and I guarantee you will also find yourself thinking "blimey this woman can whinge... just get on with it woman!" - but all in good humour.  The end of the book ends in a bit of a love story which all feels a bit rushed, but I expect she is simply telling the tale as it happened.

Her story was a little unique and I can just imagine what it was like to walk with 14 other women that you didn't know. As the story developed I laughed out loud in many places and I loved the incident at the very posh hotel.

Some good lessons to learn, although I feel that another adventure is on the horizon!