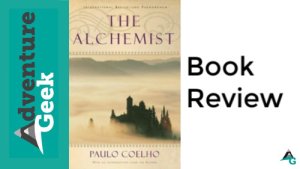 Paulo Coelho's masterpiece tells the mystical story of Santiago, an Andalusian shepherd boy who yearns to travel in search of a worldly treasure. His quest will lead him to riches far different—and far more satisfying—than he ever imagined. Santiago's journey teaches us about the essential wisdom of listening to our hearts, of recognizing opportunity and learning to read the omens strewn along life's path, and, most importantly, to follow our dreams. 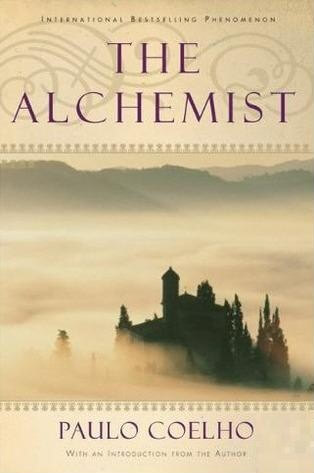 I really wanted to like this book as it has been recommended to me by numerous people, but I just couldn’t relate to it at all. It had the flavour of "The Emperor's New Clothes".  I listened to the audio version, so that may have influenced my opinion of the book as the reader introduced accents for the different characters (and the voice of the sun was very irritating!).

Moral: so the moral of the story was to follow your heart, believe in omens (or intuition) and you will find your true destiny which is usually right under your nose.

Elements of this fable were relatable, and some key messages resonated with me. I loved the fact that he became a shepherd because he wanted to travel, even though it was a poor man's job. The story of the baker who decided at an early age that he would build his fortune first before exploring the world was a valuable lesson to read.  The boy (aka The shepherd)  followed his dream and eventually found his treasure. I drifted off on many occasions and subconsciously raised my eyebrows when he turned himself into the wind, or he lost his fortune for the third time.

This book was just not for me. I “get it” and if you are religious or a dreamer then I can see the attraction, but some of the messages are just plain stupid. I would never just follow my heart without evaluating the risk for me or my family.

I think the book is full of wind.... but read it for yourself as I probably missed a lot of key messages as my mind wandered throughout.

By the way, I am currently reading The Pilgrimage by the same author and I’m thoroughly enjoying that so far.