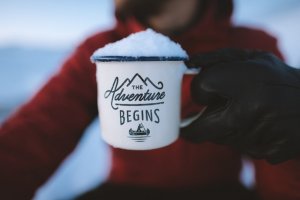 Do you ever have that feeling that something in your life has shifted?  It's like another door opened and your soul decided that this would be a good direction to go.  When you walk through the door you have new found energy and you start seeing the world through different eyes.  Let me explain.

The shift in my life started a few weeks ago when I stumbled upon Alastair Humphreys on YouTube.  Alastair talked about his passion for life and how he created the now well known #MicroAdventures.  I decided that this was a great idea, so I planned some micro adventures of my own which I will be completed during 2019 (read the blog here).

I finished a book that I had been reading for ages by George Mahood called “Life is a Beach” and registered the review on Goodreads.  I like my challenges, but I knew that I had failed my reading challenge for 2018.   A few clicks on the Goodreads site told me that I had only read 11 of my 24 books this year, and with only a few weeks until 1st January, I knew that this was an epic fail. 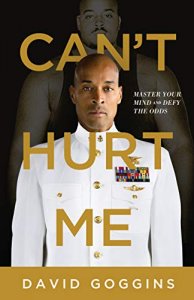 I always like to have a book on the go, so I decided to see if Alastair Humphrey's book was available in audio format.  A quick search on the iTunes store proved that his books were only available as eBooks or physical books, but I was presented with some alternatives.  One book stood out to me.  David Goggins book called “Can't Hurt Me“. Wow!  Talk about an inspirational read.  I will write a full review when I have finished it, but this is the best kick up the arse book I have read in a very long time and it was just what I needed.

Filled with a new found energy, I restarted my 5 am morning walks, and got back to some seriously hard work. I monitored my time spent on my phone using the “Moments” app and I am back in the game with the Fitbit group.  I have set some goals for 2019 and my annual “life planning day” at Whittlebury Hall is booked for next week.  I was on a roll!

You attract what you need in your life

They say that the Camino does not give you what you want, it provides you with what you need.  I think that this is true for life in general and is not just a Camino thing.

Last night, two ladies arrived at my Ouse Valley River Adventure Geek walk in Buckinghamshire.  They had travelled 50 mins to get to the start, all the way from Thame in Oxon.  These ladies were of a similar age to me, and they have such a love for life and adventure.  They were explaining to me how they do not have a “bucket list” but a “book it list” – I love that!

Ali and Sue were telling me about their weird and wonderful trip to Gnomesville in Western Austrailia where they had taken a Gnome from the UK and followed signs to find a slice of gnome heaven.  (I had to Google it when I got home and it is an actual place – see the video below (be warned, there is nudity here!).  They went on to tell me lots of other weird and wonderful trips that they had been on and their zest for adventure was infectious.

Have you heard of Atlas Obscura they said?

No?  What is that?  They are a global community of explorers, who have together created a comprehensive database of the world’s most wondrous places and foods.  You will find places to explore from a secret apartment atop the Eiffel Tower to bridges built out of living roots, from a temple shaped like a chicken to an island ruled by cats, from a fruit that tastes like chocolate pudding to a spicy chutney made out of red ants.  Yes, weird, but totally fascinating.  We traditionally like to visit historic buildings, but wouldn't it be more interesting to add a list of quirky things to see and do instead?

I registered online (which is free) and completed a quick search for local places to explore.  There are a few nearby that I am going to add to my list for the first quarter of 2019:- 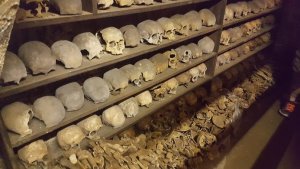 Under a church hides a forgotten 13th-century ossuary containing the remains of around 2,500 people.

The crypt is accessed through a spiral staircase at the side of the church. It’s open to visitors most Sunday afternoons in summer months and is staffed by a team of volunteers, who are mostly members of the church congregation. 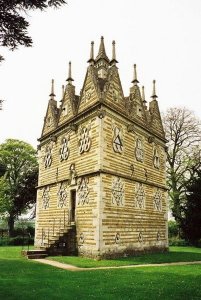 An intriguing three-sided folly is a testament to one man's devotion to Catholicism and the number three.

Built as a monument to his Roman Catholic beliefs, Tresham revered the number three, representing the Holy Trinity, which is evident in the layout of the Lodge. Comprised of three floors, including the basement, three sides each 33 feet long, and three windows on each side for each floor. On every side of the building is a different Latin text from the Bible, each 33 letters long.

There’s a pleasant circular walk around Clophill, but what is most interesting in this old English village is the abandoned church, St Mary The Virgin, built around 1350 just outside the main settlement. There are a few odd things about this ancient little church, the most significant being that it was supposedly built facing the wrong direction. 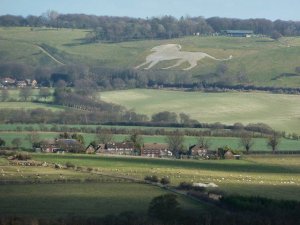 This unusual geoglyph was built as a warning so low-flying aircraft wouldn't scare the zoo animals.

Unlike England’s other giant hill figures, which are usually horses, this unique geoglyph shows the king of the jungle in all its feline glory. The unusual choice of subject was created for an equally unusual reason.

I never knew this was here, and the walks in this area look brilliant – one for the BookIt list!

If you feel that your life is getting a bit stale then there is only you that can change that.   Open your eyes to the adventures that are on the horizon and embrace whatever comes your way.  As they say, life begins at the end of your comfort zone and we all become a little bit too comfortable at times.  2019 is going to be a year of challenges for me… bring it on!

Posted in Blog, Random Thoughts and tagged atlas obstructa, attraction in life, book-it list, cant hurt me by david goggins
← What Every New Backpacker Ought To KnowDAY 3 | CAMINO INGLÉS | THE ONE WITH THE WILD PIGS →