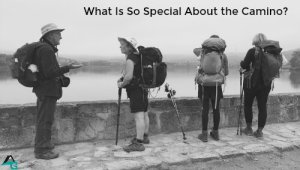 I am a big believer in fate, but I also believe that you create your own opportunities in life.   I was listening to My Camino Podcast where Dan interviewed a young lad in his late teens who was walking with his mum.  As a typical teenager he was rather grumpy on the first few days, but then he got into his stride.  He said that the Camino was a life-changing experience for him and his next sentence made me pull over and take a moment.  This young lad truly believed that if you have heard about the Camino, no matter how you heard of it, then this is a sign of the Camino calling you.  That was it!  I had been called.

The Camino is a calling 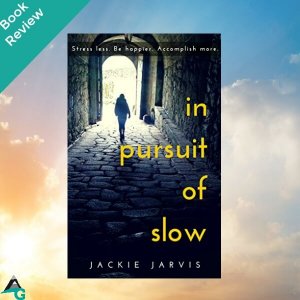 I heard about the Camino initially from my friend Jane Walker, who I have mentioned numerous times in my blogs.  I was intrigued by this adventure but never in a million years did I think that I would actually set foot on the trail, it was just something that other people did.  I had a thriving business and a growing family so it was not something that was right for me.  I didn't think about the walk at all, I simply dismissed it from my mind.  Fast forward two years and another friend of mine, Jackie, had just returned from her amazing trip on the Camino.  I was avidly reading her blog and the journey that she had embarked on with her partner Matt.  Jackie has also written a book on her thoughts about the Camino and “finding your voice of slow” This is when the initial seed of possibility sprouted.  It dawned on me that perhaps this was something that I could do?

At the end of 2015, the small seed was growing and a plan of action was in my mind.  My first point of call was to convince my best friend Julie to come along with me, and step two was to explain to my husband why this selfish act (in my head it was selfish) of going on holiday on my own for a few weeks was such an awesome idea!

Listening to the calling is not enough

It's ok to hear about something such as the Camino, and another this to actually do something about it.  You will know when it is the right time for you, but if you feel a strong urge to book the flight then please just go ahead and do it.  That is the first step.

A dream is just a dream until you take action

From December 2015 until the end of January 2016 my first Camino trip was just talk.  I was planning it in my head and trying to convince my friend to join me but it just wasn't happening and we kept putting it off.  I made the decision that I was going to do this anyway, and I also thought it would be an amazing experience for my then 13-year-old daughter to join me.  My hubby gave me the green light and I took the plunge and booked the flights to France.  There. I'd done it.  I sent a text to Julie saying that I had made the decision to go and I was flying out on a particular day in May 2016 and I hope that she would join me.  Julie soon followed suit and now the reality set it that we needed to start planning and training.

Ok, so cards on the table here.  My husband put his foot down and said that he would only let me and Rachel go if Julie came with us.  He would feel better knowing that there were three of us going.  Before Julie booked her flights, I had told her that we would probably be walking 5 miles a day (one trip around Salcey Forest), so it was not going to be that difficult.  She booked and paid for the flights and then a week later I sent her a spreadsheet that included the mileage of each day…. oops!

What is special about the Camino?

I now feel the need to experience the Camino (even if it is just 5 days walking) at least once a year.  This sacred path recharges your soul like no other walk.  So far I have walked The Cotswold Way, The Peak Pilgrimage and various other walks, but the Camino is the only trail where I feel completely at peace.  My spiritual side is more astute and I am in tune with experiences that I would not normally experience in everyday life.  Do you remember the film Cocoon where the older people were flooded with extra energy and a zest for life after swimming in the pool with the aliens?  That is how I feel every time I set foot on the Camino.

If you have heard of the Camino then you are called to walk it.  If you are reading this blog then please listen to your calling.  It may not be the right time for you to venture out onto Spanish soil, but if you feel the pull then don't be afraid and make the leap.  I guarantee that you will not regret it.