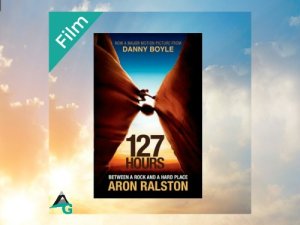 A totally inspiring and moving true story, which was cringe-worthy in parts. This book has some strong messages to take with you on your own travels.  I will never be far from my phone and I will always let my family know where I am going! 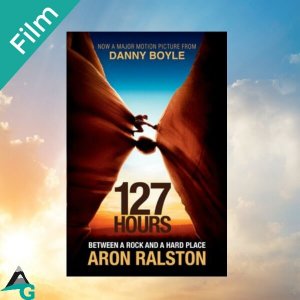 I gave this book a four-star rating as it was extremely well written and was very emotional in places.  When he was leaving small videos on this camera for his family I had to wipe a tear or two from my face.

On Sunday, April 27, 2003, 27-year old Aron Ralston set off for a day's hiking in the Utah canyons. Dressed in a t-shirt and shorts, Ralston, a seasoned climber, figured he'd hike for a few hours and then head off to work.

40 miles from the nearest paved road, he found himself on top of an 800-pound boulder. As he slid down and off of the boulder it shifted, trapping his right hand against the canyon wall. No one knew where he was; he had little water; he wasn't dressed correctly, and the boulder wasn't going anywhere. He remained trapped for five days in the canyon: hypothermic at night, dehydrated and hallucinating by day.

Finally, he faced the most terrible decision of his life: breaking the bones in his wrist by snapping them against the boulder, he hacked through the skin, and finally succeeded in amputating his right hand and wrist. The ordeal, however, was only beginning. He still faced a 60-foot rappel to freedom, and a walk of several hours back to his car – along the way, he miraculously met a family of hikers, and with his arms tourniquet, and blood-loss almost critical, they heard above them the whir of helicopter blades; just in time, Aron was rescued and rushed to hospital.

Since that day, Aron has had a remarkable recovery. He is back out on the mountains, with an artificial limb; he speaks to select groups on his ordeal and rescue; and amazingly, he is upbeat, positive, and an inspiration to all who meet him. This is the account of those five days, of the years that led up to them, and where he goes from here. It is narrative non-fiction at its most compelling.

Posted in Blog, Books & Films and tagged 127 Hours - Between a Rock and a Hard Place, adventure, book review, hiking
← Day 5 – The Cotswold Way, Painswick to Dursley (and Scary Cows!)High and Low: How I Hiked Away From Depression Across Scotland →