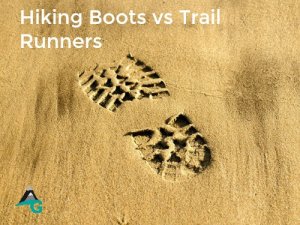 A few weeks ago, I purchased some new Solomon Hiking Boots.  You know the old phrase:- 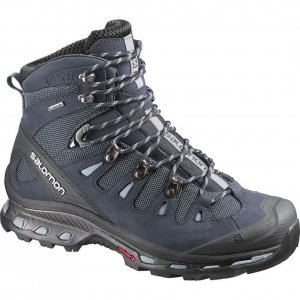 I have always worn the same Salomon hiking boots as they have always been comfortable.  Touch wood, I have also never had a blister or in fact any issues with my feet with exception to a black toenail which came from descending over rocks on a very steep downhill the Alto de Perdon, (Iron men statues) on the Camino.  That was October and it is now February and my toe is still a strange colour!  Anyway, I digress.    After that last Camino trip, my boots were starting to split at the edges and I knew it was time for a new pair.

I didn't have to think about it.  I simply popped into Cotswold Outdoors and much to my surprise I found that they no longer made my style of walking boot, but they did have a new upgraded version (with higher ankle support) which just happened to be on sale.  I tried them on and walked around the shop.  I even went over the rock formation testing thing numerous times and I knew they were right for me.  I completed the toe test (where you hit the front of the boot on the floor and see if your toes can touch the top), and I was happy that the new boots would be perfect for me.  After I paid my money, I went home without that buyer's remorse feeling and I was looking forward to taking a hike or two over the next few weeks.

A few short hikes of 3 miles, 5 miles and even a 7-mile walk with a full pack and my new boots were holding out well.  I then met up with a few friends at Salcey Forrest in Northamptonshire and we completed a longer hike (unplanned, but isn't that always the best type of hike?).  Me and my friend Julie walked 13 miles and again, I had no issues…. until the next day!

I didn't realise that anything was wrong until I put my boots on two days later to go on a Nordic Walking trail with the NWUK club.  My left ankle was incredibly painful.  I hobbled around a 3-mile walk and was thankful that my club friends were patient enough to wait for me.  My next set of walks for the duration of that week I used my running shoes.  These were so comfy that I started to think about trail runners for my longer walks.  This initial thought set me off on a rabbit trail of YouTube videos, blogs and podcasts.

Should I swap from boots to trail runners? 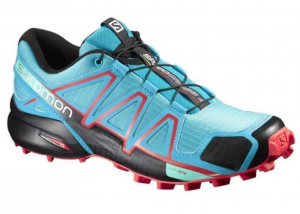 What is a trail runner?  Basically, it is a beefier version of a regular running shoe.

Decision made (I think!)

Before I invest in yet another pair of shoes, I am going to walk the Cotswold Way in March in my trusty walking boots (and hopefully my ankle will not feel bruised).  I am going to carry my running shoes with me and I will try these out for a few days on this particular trail.  If I feel comfortable walking multiple days in my regular running shoes then I will certainly make the swap from walking boots to trail runners for the last leg of the Camino in June.

What do you think?   Trail runners or boots?  Have you tried both before?

Posted in Blog, Random Thoughts and tagged soloman shoes, walking boots or trail runners
← There Is No WiFi In The Forrest, But You Will Find A Better ConnectionThe Best Lightweight Day Pack for Hikers →