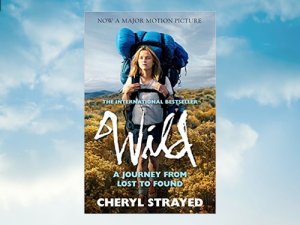 Julie and I visited the Adventure Show in London last weekend.  The show was not that exciting.  It was rather like a show for adventure travel agents and was not what I was expecting.  I think I was expecting lots of interesting talks, many gear stalls with lots of new and exciting adventure gadgets to explore.  The only gadget I saw was a filter water bottle for sale and we had a go on a virtual reality tour.  Anyway, apart from that, when we were camped out in a very boring talk about “packing your kit”, the lady mentioned a film that I had not seen for ages called Wild.  On Sunday, I downloaded the film and watched it as a reward for completing the housework!

A truly inspirational story that was built on a true story.  Her bravery and honesty will touch you deep into your soul.  It's not just a story about an inexperienced hiker, it is the story about why she ended up walking the PCT in the first place.  It's about the loss of a loved one, and her pure determination to do something so drastic as to walk 1000 miles across desert, snow, forest etc to change her life for the better.   I did chuckle at the size of her pack (which was nicknamed Monster).  It showed how she coped with being filthy, hungry and lonely.

It's a true story of courage, and if that is your sort of thing then you will love it as well.