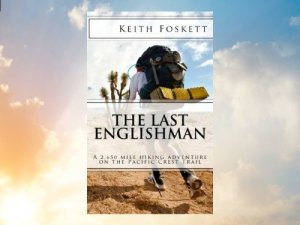 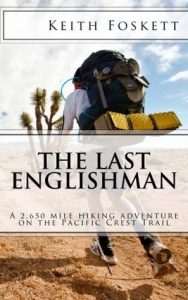 A Thru-Hiking Adventure on the Pacific Crest Trail

After reading Keith's previous book which talked about his journey along the Camino, I quickly became a Keith Foskett (or Fozzie to his readers) fan.  He writes from the heart, and you can also see the characters that he chats about in real life on his YouTube channel.  There is something very “raw” about his writing that makes you feel as if you know Keith really well.

The Pacific Crest Trail stretches some 2,650 miles from the Mexican border to Canada. It meanders through the scorching deserts of California, the dramatic Sierra Nevada, the volcanic landscape of Oregon and the vast forest of Washington.
Every year around 300 hikers attempts to walk its entirety. Four in ten give up in the first month alone and only two will reach Canada. Extremes of heat and cold, the toughness and roughness of the trail and encounters with an assortment of potentially deadly creatures stretch walkers to their absolute limits.

It’s a lesson Keith Foskett soon learns the hard way, having to deal with blisters and other physical ailments, as well as his inherent phobia of snakes, spiders, bears, getting dirty and camping in the woods after dark.
With the harsh winter looming, he enters into a desperate race against time, facing a dangerous, physical and very real threat to become the last Englishman to complete the greatest long distance walking trail on Earth.

My review on Goodreads

This is the second book that I’ve read from Keith “Fozzie”. I take my hat off to anyone who completes this type of hike. The PCT, the AT or CDT. What he put himself through to get to the end was crazy. Walking through snow, ice and desert. This book is incredibly well written. He describes his emotions, dealing with annoying people, and you can see the bond he has with his “Tramily”. He also explains the value of walking on your own. There were times when I laughed out loud and times when I felt really sorry for him (when a close relative died).

Overall it was a highly enjoyable read.

Posted in Blog, Books & Films and tagged book review, keith foskett, Pacific Crest Trail, PCT, thru-hiking
← Five Gadgets That I Adore for All My Hiking TripsGear for Ensuring A Good Nights Sleep When Hostelling and Hiking →