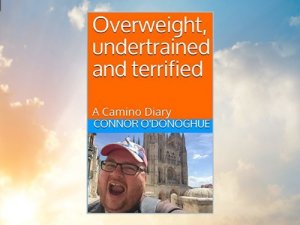 Over the next coming weeks and months, you will start to see a variety of book, gear, film and podcast reviews on this website.  I have read many books on the subjects of hiking, wellbeing and mindfulness so I will log my reviews here on the blog. 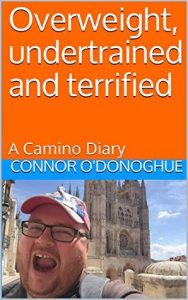 This is the entertaining and sometimes inspirational story of one morbidly obese 35-year-old Irishman who decides to walk 708 kilometres across the Camino de Santiago, an ancient Christian pilgrimage in Northern Spain one summer. On the journey, he faces a variety of physical and mental obstacles. The book is written in diary format, at turns poignant and funny in a light, pacey style

I started reading this book a few days before my solo Camino Frances trip in October 2017.  To be honest, when I started the book I was thinking to myself “I don't like this guy much”, but as the book progressed you soon learned that he has a wicked sense of humour and the book had some truly “laugh out loud” moments.  Connor suffered from depression and he gave a fabulous explanation of this terrible disease throughout the book.  The book opened my eyes to a world that I have never really understood.  (and not just the depression, but other aspects such as what it is like living hand to mouth, being overweight and gay).

I was frustrated that this guy was not at all prepared, although I understand that it was a last minute decision.  His kit was not thought through as he carried everything that he owned on his back, including a computer.  He wore trainers which had holes in them, heavy jeans in the Spanish sun and a pink “One Direction” cap.  His wet weather gear was a poncho from a theme park.  I enjoyed his journey as he described the Spanish towns and villages that he walked through, along with the hostels and sleeping arrangements.  It is a fairly short read and is simply an extension of his journal notes.